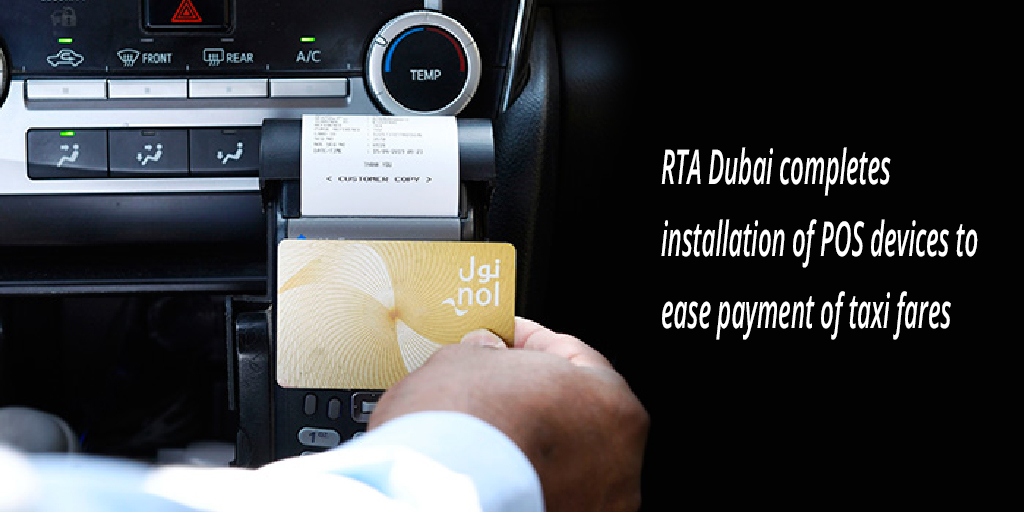 Dubai’s Roads and Transport Authority (RTA) has completed the installation of Point of Sale (POS) devices across the entire fleet of taxis in Dubai comprising of 10800 vehicles to ease the payment of taxi fares. Taxi riders can now pay for their journeys via nol card, credit card or NFC technology via smartphones using Apple Pay or Samsung Pay. The step contributes to RTA’s third and fifth strategic goals, i.e. People Happiness, and Advance RTA.

“This project has been undertaken gradually over several phases until the entire fleet of 10,800 taxis was covered. It is part of our efforts to make life easy for taxi users and enable them to pay taxi fares via sophisticated methods that limit the need to use cash for payment,” said Khaled Al-Awadi, Director of Transportation Systems at RTA’s Public Transport Agency.

“The completion of POS devices installation that support the use of nol, credit or debit cards contributes to the satisfaction of taxi riders. Riders have broadly accepted the initial phases of the project, and the number of users of this technological solution has picked up remarkably recording several million transactions. It clearly demonstrates the outstanding success of the project, which does not eliminate the cash payment option either. It rather offers multiple alternatives for the convenience and happiness of taxi riders,” added Al-Awadi.