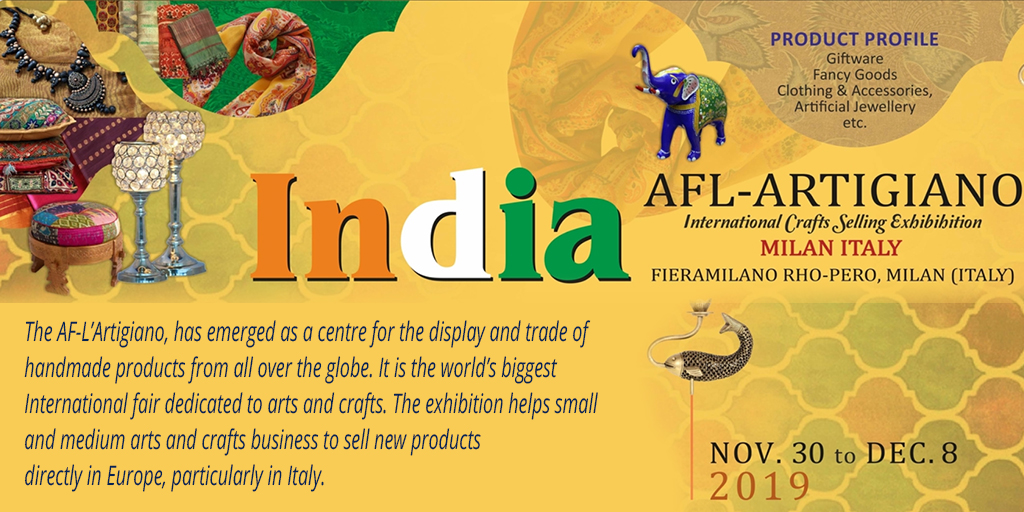 Italy is India’s fifth largest trading partner in the EU and 13th largest foreign investor in India (0.70% of the cumulative total FDIs to India in the period April 2000 – June 2017). Future prospects for investment and trade are encouraging as India is increasingly being seen as an emerging economic power in the world and an important economic partner in Asia, both in terms of trade and investment, and as an alternative to their original interest in Eastern Europe. The AF-L’Artigiano, since its inception in 1995, has emerged as a centre for the display and trade of handmade products from all over the globe. It is the world’s biggest International fair dedicated to arts and crafts. The exhibition helps small and medium arts and crafts business to sell new products directly in Europe, particularly in Italy. The 2018 edition of the event was organized in an area of 3,40,000 sq.mtr. and attracted over 3000 exhibitors from more than 100 countries. As claimed by the organizers, majority of the participants expressed their willingness to participate again in this event in 2019.