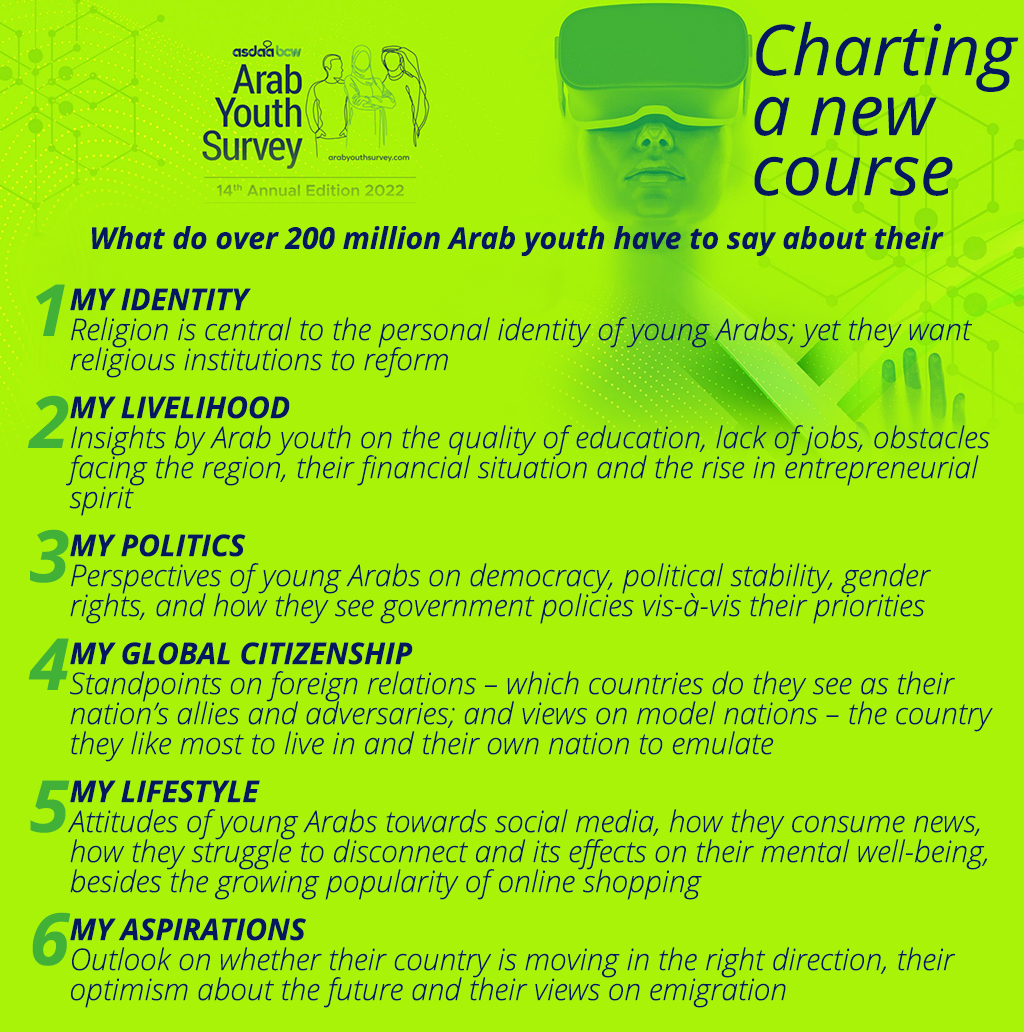 What do over 200 million Arab youth have to say about their future? | Arab Youth Survey

The Arab Youth Survey findings are presented under six distinct themes: My Identity, My Livelihood, My Politics, My Global Citizenship, My Lifestyle, and My Aspirations.

Religion is central to the personal identity of young Arabs; yet they want religious institutions to reform

A majority of young Arabs, outside the GCC, say Arabic language is less important to them than their parents

Insights by Arab youth on the quality of education, lack of jobs, obstacles facing the region, their financial situation and the rise in entrepreneurial spirit

More than a third of young Arabs struggle to meet their basic expenses, rising to more than two-thirds in Levant

One-fourth of young Arabs are in personal debt Student loans, car loans and healthcare bills are the top reasons

More young Arabs are interested in working for themselves

Perspectives of young Arabs on democracy, political stability, gender rights, and how they see government policies vis-à-vis their priorities

But less than half, except in the GCC, feel their governments have the right policies to address their issues

Standpoints on foreign relations – which countries do they see as their nation’s allies and adversaries; and views on model nations – the country they like most to live in and their own nation to emulate

Among non-Arab nations, China is seen by most young Arabs as their nation’s ally followed by Turkey and Russia

Attitudes of young Arabs towards social media, how they consume news, how they struggle to disconnect and its effects on their mental well-being, besides the growing popularity of online shopping

TV, newspapers and online portals are seen as more trustworthy than social media or by influencers

Outlook on whether their country is moving in the right direction, their optimism about the future and their views on emigration

Young Arabs recorded the highest level of optimism in three years, that their best days lie ahead

Canada, Germany and the United States are the most popular destinations for prospective emigrants